It has always been said that every journey begins with a single step but every of those steps has different things it steps on, some will be on thorns, others in the mud and others on dry land.

Thorns seem to be what Arua Volley Club (AVC) is stepping on at this time as the once flourishing and promising club has been left with nothing but regrets and wishes in these hard times of the COVID-19 Pandemic.

Champions in the National Serie C and participation in the Serie B looks to be all that will be remembered of AVC by the majority as things stand now but for Ayiko Steward, one of the longest serving members of the team, all is not lost as he looks at a brighter future for the team.

Speaking to www.westnilesports.com, the volleyball addict now turned coach was at no sympathy for the way volleyball has been taken in West Nile, something which he thinks has affected not only the development of the game but also the sustenance of Arua Volleyball club.

“The District leaders here don’t have any idea about Volleyball and for some of us it is because we grew up in Western and Central region that’s how we got to play Volleyball. We have tried to push Arua Volleyball Club but it was basically more of sacrifice and the funding came from us and has not always been enough to propel the club” He added.

When asked about the future of the Club, Steward pointed that the club still exists but is now embarking on growing talent from institutions.

“The club still exists but the challenge now is still the lockdown. We are also looking at recruiting young students from the different institutions for example we already have students from Arua Nurse Training and NTC Muni who are good. Currently we have four teams, Team A, Team B and Team C (which mostly consists of the veterans) and then a Ladies team.”

He concluded his remarks by pointing out that the reason why they resorted to training students is because first, most Arua born youth are only interested in football and secondly because it is difficult to handle mature guys.

It is certain that Arua is a predominantly football district, something which has hindered the development of other sports in the region including Volleyball, but with the promises that the volley ball club had started showing, one can only argue that given the right support, partners and Personnel, this is one sector that could propel the region to its next level having produced fine players like Atama Saviour who now features for a Rwandan side, Yakan Lawrence who plays in the Japanese National League and others who ply their trades for national top teams like Laures, Cobap Uganda, Nkumba Volleyball Club, Ndejje Volleyball Club among others. 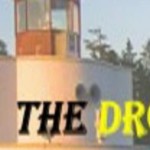